the thrill of the chase...

...is already over. Very relieved but a little sad too. 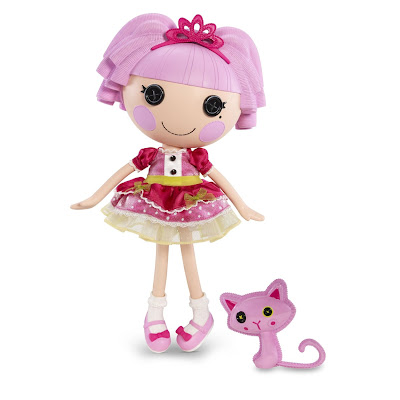 There's nothing quite like searching for that hard-to-find Christmas gift that your little one is coveting for Christmas. Lalaloopsy Jewel Sparkles is now safely tucked away.

I had been searching/stalking Amazon, Target, Wal-mart, TRU...wherever Lalaloopsy dolls are sold. Even eBay but the prices are outrageous. Of course, the name of the game is to find them for the cheapest price, preferably with free shipping. 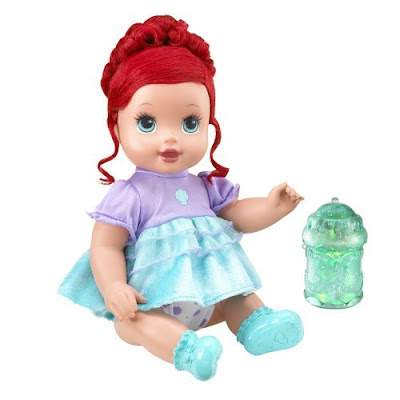 Whatever you do - do not trust a certain Big Box store that begins with a "K" and ends with a "mart.com" for Christmas presents. I was so excited to finally find Ariels in-stock somewhere so I had ordered 3 of these (for my 2 oldest and my niece). Not only did they hold the money for the dolls hostage/pre-auth in my checking account, but the customer service reps couldn't give me status updates. All they could tell me was that it looked like they would be shipping from a store "somewhere." Needless to say, the dolls never came. Didn't they know I had already sewn up sparkly green mermaid fins for the dolls so they could actually be little mermaids? Didn't their famous Martha know the hubby had built pink cradles for the dolls and I made little dolly blankets and pillows? ;)
There were baby Cinderellas and Snow Whites everywhere, but the girls wanted Ariel, just like every other little girl that Christmas. Just when I thought all hope was lost, we had a streak of mermaid luck and between myself, hubby, my sister and my sister's sister-in-law (love ya Rose!) we were able to find them at Target and Wal-mart in the week leading up to Christmas.
Back to Lalaloopsy. Last month I had already ordered Mittens Fluff-n-Stuff: 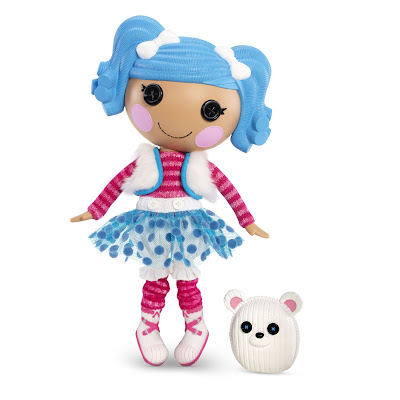 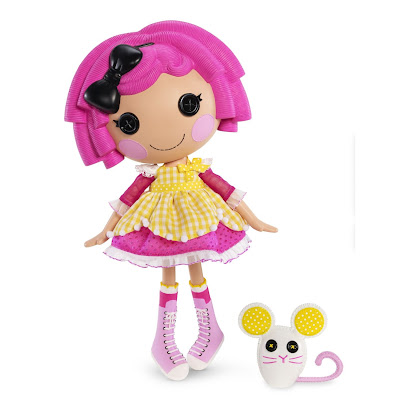 for the girls, thinking I was set (each for $25 on Amazon with free shipping, now the prices on Amazon have gone up for a few). Some of the other Lalaloopsies were sold out, and the girls had mentioned a couple of times they wanted a Lalaloopsy but were never specific. Somewhere between then and now they became obsessed with them. Caty now wanted a Jewel Sparkles (the one with the CROWN, like a princess, very important) and Colby thankfully wanted Mittens, who I already ordered.
So after trying to find a Jewel Sparkles online - I realized she must be the IT Lalaloopsy for the season. Sold out everywhere! Unless I wanted to pay over $40 on Amazon for her. But I called our local Target and the poor Lalaloopsy-clueless but helpful employee checked the shelves and told me he had "one Mittens, one Sugar Cookie, and one Sparkles Something." For $19.99! 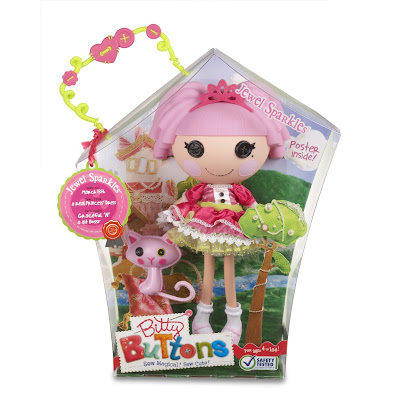 I drove my very pregnant, very contracting self (if I can walk/talk/shop through them it's not the real thing right?) and the 2 youngests to Target to pick up the "Sparkles Something." Somehow I managed to distract Caty while placing the doll in the cart, covered it up with my coat and picked up the few last things we needed to prepare for new baby. Unfortunately they don't have the non-see-through red bags at Target yet, so my very pregnant, very contracting self became very coatless and freezing on the way to the car so that the coveted doll could remain a surprise from Santa at Christmas.

And my hubby (being the fantastic uncle that he is) is picking up a Mittens for our niece on his lunch break today because I totally got my sister on the Lalaloopsy bandwagon. :)

And I'm still pregnant. I think I'll go reorganize my tupperware cupboard so my mom doesn't freak when she gets here.

we have 3 already tucked away!!

I have only got Peanut Big Top so far. I want some of the outfits to go with and those are selling at almost quadruple the price!! I hate that!!