"At the Petting Zoo" has always been one of my #1 faves since I started sewing bibs. It was orginally released by Alexander Henry in blue, white and pink colorways. I was lucky enough to have the print in blue and pink, but was never able to locate the white colorway. 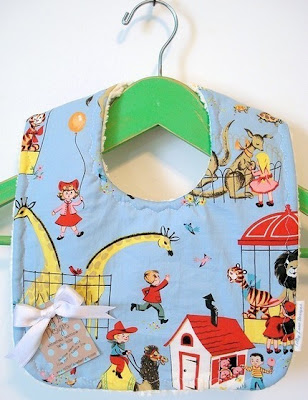 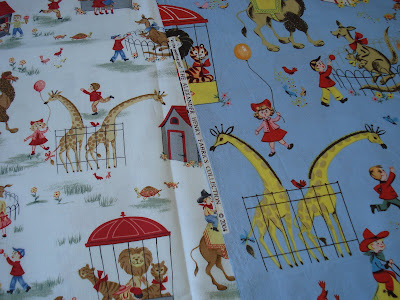 Michael Miller's new white version on the left is smaller-scale than Alexander Henry's. Some design elements are switched around, and colors vary too. 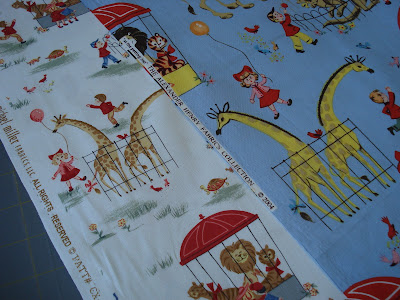 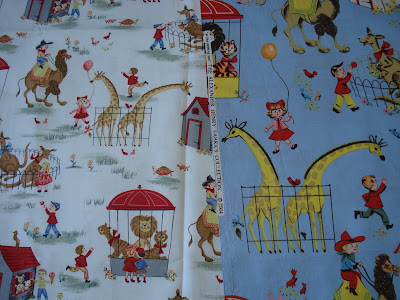 But on a side-note, I am happy to report I just found more of the out-of-print pink and white Alexander Henry versions!
Posted by Jenny at 5:24 PM

I LOVE the fabrics you get!!