Since the pickles turned out so well, I was feeling domestic and wanted to try something new the next day. There was a recipe in Fannie Farmer for lemon jelly that was marked with an asterisk to mean "family favorite" and decided this would be a yummy one to try (I've been on a lemony kick lately). 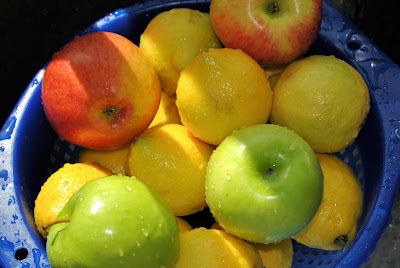 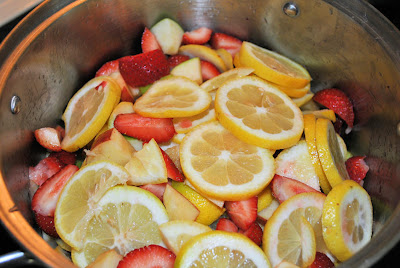 Thinly slice the lemons and coarsely chop the cored apples. I added some strawberries too. 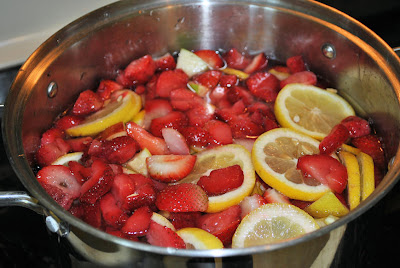 Add just enough water to cover the fruit in the pot. 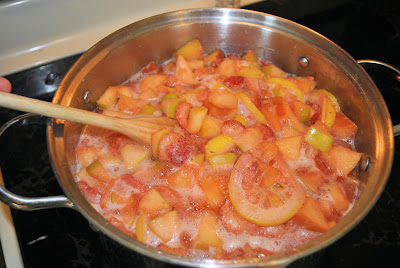 Cook until the fruity is mushy, then strain through cheesecloth draped over a colander. 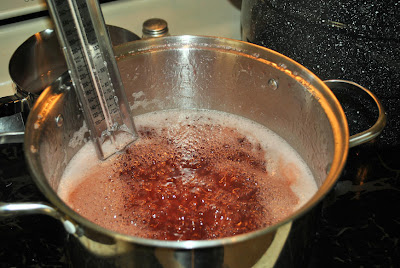 Measure the amount of juice - for every 1 cup of juice, add 3/4 cups of sugar. I added 2 pouches of liquid pectin after the sugar dissolved - because of the strawberries we ended up with a lot more juice than the original recipe estimated. Bring to a boil and cook until the mixture reaches 220-225 degrees, Fannie says 15 minutes, but we ended up boiling for a bit longer. 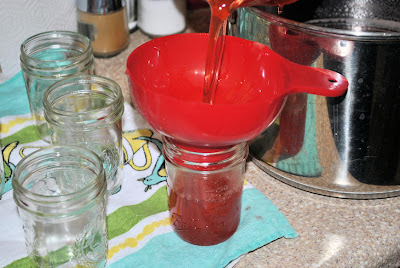 Pour into the jars and assemble with the lids and bands, then process in the canning pot for 10 minutes in boiling water. 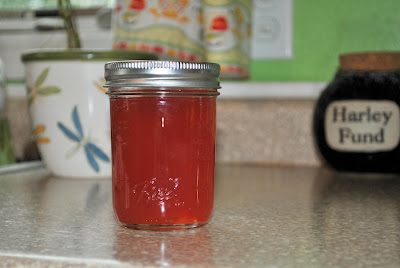 Strawberry lemonade jelly! Sweet and tangy and I love how the color turned out. 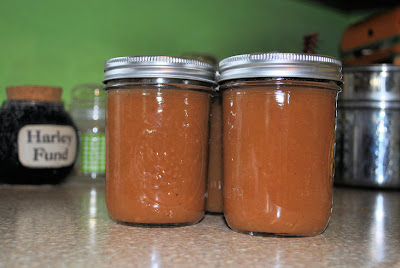 We made up a batch of apple butter too. A couple of years ago we caught a Food Network show about apples, and my BIL said that they would always eat bagels + cream cheese + apple butter growing up. Pretty sure I was pregnant at the time - so that turned into a craving that we've been eating ever since. This recipe is more like glorified creamy applesauce, or maybe pureed apple pie. :) It is goooooood.
Posted by Jenny at 10:59 AM

This sounds amazing! Freezer jam is about the extent of my canning experience but this recipe is very tempting.