I have a love/like relationship with brownies. I love the box mixes. And up until this point, I've only liked all of the from-scratch brownie recipes I've tried. Box mixes = yum! From-scratch recipes = eh. I don't want my brownies to taste like Texas sheet cake, or to taste like they came from the school cafeteria. Or maybe the brownies I'm remembering from the school cafeteria were actually Texas sheet cake. Who knows. But, up until this point, that's what all the recipes I've tried have tasted like.

There's nothing wrong with Texas sheet cake. It's just not one of my personal favorites in the baking world. And I'm Texan so I can say that. Ok not really. But my dad is from Texas so when I was little I always thought that meant I was Texan, the same as I was Irish/Czechoslovakian.

(but since Czechoslovakia split into the Czech Republic and Slovakia...where does that leave my family? Czech? Slovakian?)

Anyway, back to brownies. Basically what I have been searching for is a from-scratch recipe that tastes just like a box mix. This makes no sense. I know this. But it is what it is.

Enter Baked. Or, my Baked: New Frontiers in Baking cookbook that I ordered earlier this year. More specifically, The Baked Brownie recipe. 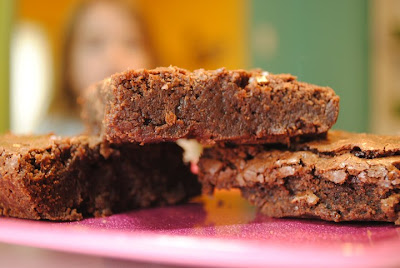 Can I get a brownie Amen? 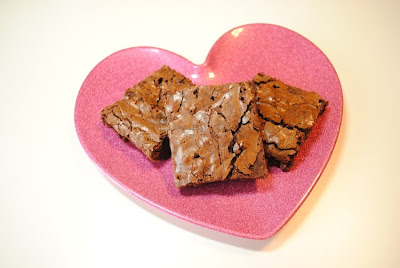 Finally, a brownie recipe that is not only as good as a box of Betty Crocker - it blows Betty Crocker out of the water (or the Willy Wonka chocolate river). 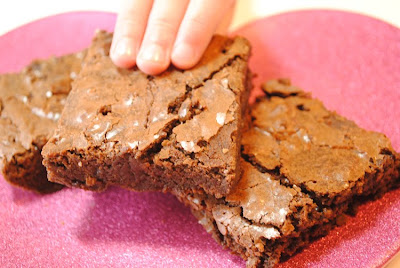 And it's Oprah-approved. She totally dubbed it her favorite brownie. 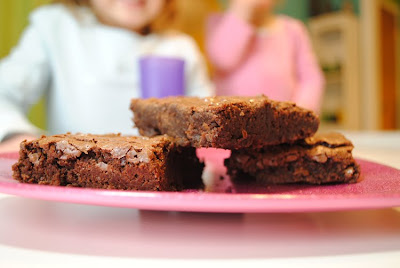 Look at those two in the background. All ready with their glass of milk even.

Tips from Baked: A great brownie is easy to make, but you have to be aware of several factors.

1. Use a dark cocoa powder, like Valrhona. A pale, light-colored cocoa does not have enough depth.

2. Make sure your eggs are room temperature and do not overbeat them into the batter.

3. Make sure you check your brownies often while baking. Once the brownies have been overbaked slightly, they have reached the point of no return.

Oh, and buy the new Baked cookbook too: Baked Explorations.